NOTHING - The Spine Overshadowed by the Rope - 2xCS REISSUE 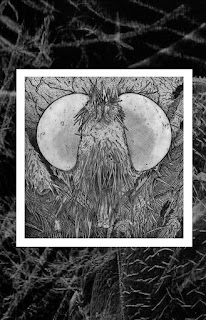 NOTHING - The Spine Overshadowed by the Rope - 2xCS Reissue
Deluxe double cassette reissue of this seminal album originally released on CD in 2001 by Triumvirate. Tape 01 is the original album remastered by Jason Walton, Tape 02 is over an hour of out of print compilation tracks & unreleased material from all eras of the project, featuring guest appearances from Cordell Klier (Monstrare, Vedisni) and Don Anderson (Agalloch, Sculptured)

From the artist: "The Spine Overshadowed by the Rope" ended up being an interesting and rewarding experiment. Half of it is live, and half of it is re-imagined by Michael Hensley of Yen Pox/Blood Box. This collection revitalizes that record as well as unearths Nothing singles, EPs and other rarities. I am very excited that this long dead material will see the light of day once again." - JWW, 2016

Limited to 100 copies on black and white cassettes [one of each] in a butterfly case.

ORDER HERE: http://danversstate.storenvy.com/collections/107605-all-products/products/18432259-nothing-the-spine-overshadowed-by-the-rope-2xcs
Posted by Andrew Grant at 8:30 AM